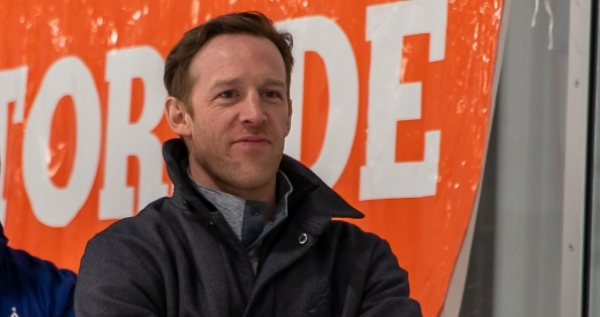 Mark Lee has been named an Assistant Coach of the QMJHL's Saint John Sea Dogs for the 2022/2023 season.

Lee has spent the last three seasons as Head Coach of the East Coast Blizzard in the NLU18MHL. The team won a Provincial Championship during Lee's time as bench boss, and hosted the Atlantic Championships last season.

Lee says he interviewed for the position with the Sea Dogs on a Saturday, was on a plane by the next morning, and within 48 hours was on the ice at Sea Dogs Training Camp. Sea Dogs Head Coach, Travis Crickard, is also from Newfoundland, hailing from St. John's. Crickard and Lee had previously worked together with Hockey Newfoundland's High Performance Program as both were on the coaching staff of the Canada Winter Games provincial team.

The Sea Dogs are the defending Memorial Cup Champions.